What is Molecular Dynamics Studio? In an age of fantastic software products from extremely competent companies such as Accelrys, Materials Design and Scienomics, why create software in such a well-covered market? The truth is that MDS is simply a collection of open source software applications modified to use a common file format in order to create molecular dynamics cells and started life as part of a masters degree thesis project. As we can see from other academic projects some do rise to challenge commercial products, but the path I see for MDS is to offer projects in the academic environment for students in computer science, science and engineering. Perhaps enhancing MDS will help create better students?

The source forge site for MDS is at: https://sourceforge.net/projects/moleculardynami/

MDS is a collection of software modifications created to integrate NanoEngineer-1, PACKMOL and MSI2LMP for the purpose of easily creating molecular dynamics cells. NanoEngineer-1 is a molecular CAD software written by Nanorex and provides the user an easy way to create molecules, while the software modifications allow the user to type atoms using multiple force fields. PACKMOL can generate a random collection of molecules using the molecule templates from NanoEngineer-1 thus providing the initial MD cell. Modifications to PACKMOL allow the atom type data to be passed through to the MSI2LMP software. MSI2LMP creates a LAMMPS input file based on class I or class II force fields. MSI2LMP was modified to use numerically coded force field data generated by NanoEngineer-1. The MMP file format was extended and integrated into all three software applications.
NanoEngineer-1 project: http://www.nanoengineer-1.net
PACKMOL project: http://www.ime.unicamp.br/~martinez/packmol/
LAMMPS project where MSI2LMP is part of the distribution: http://lammps.sandia.gov/ 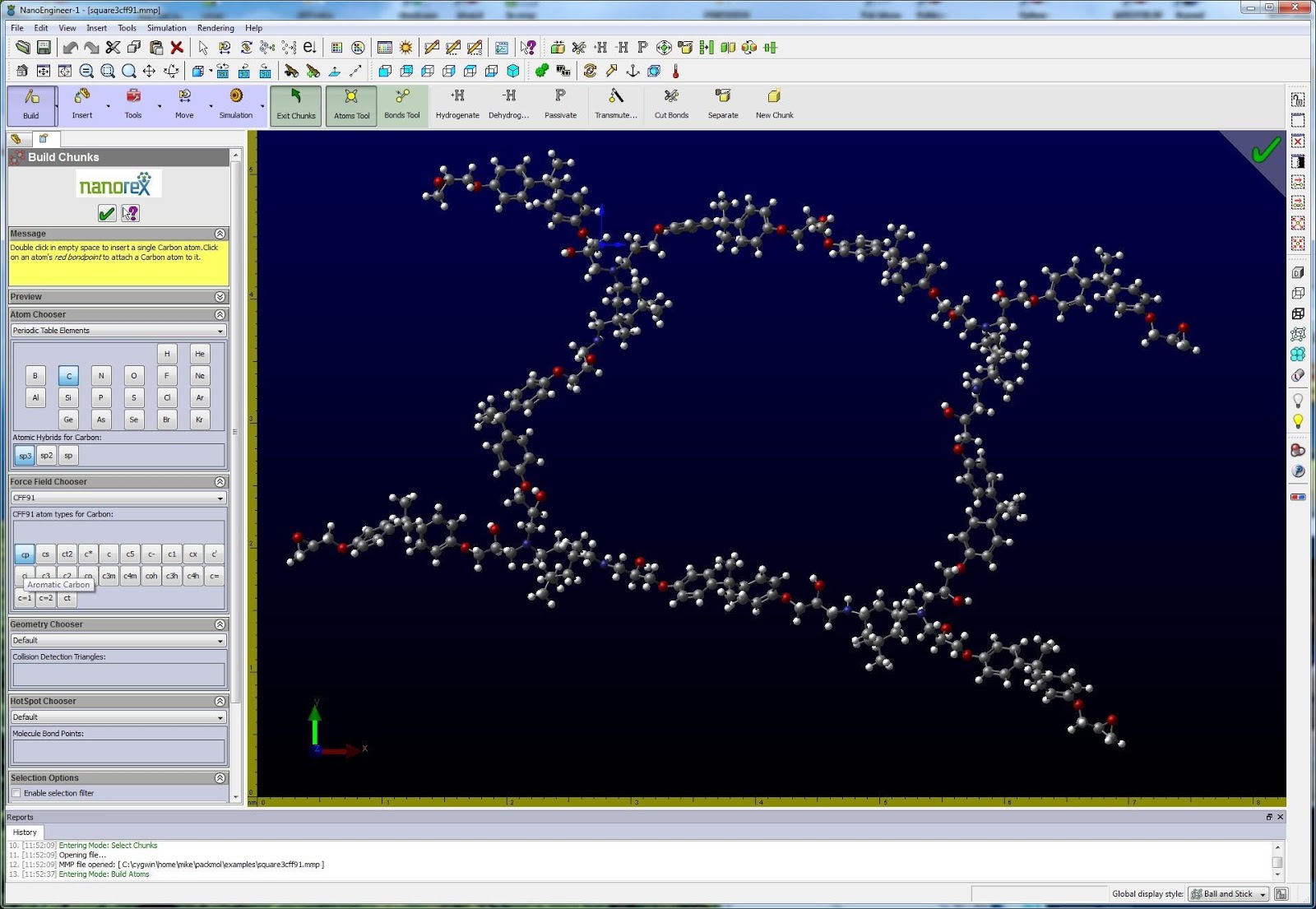 NanoEngineer-1 is the CAD software for MDS 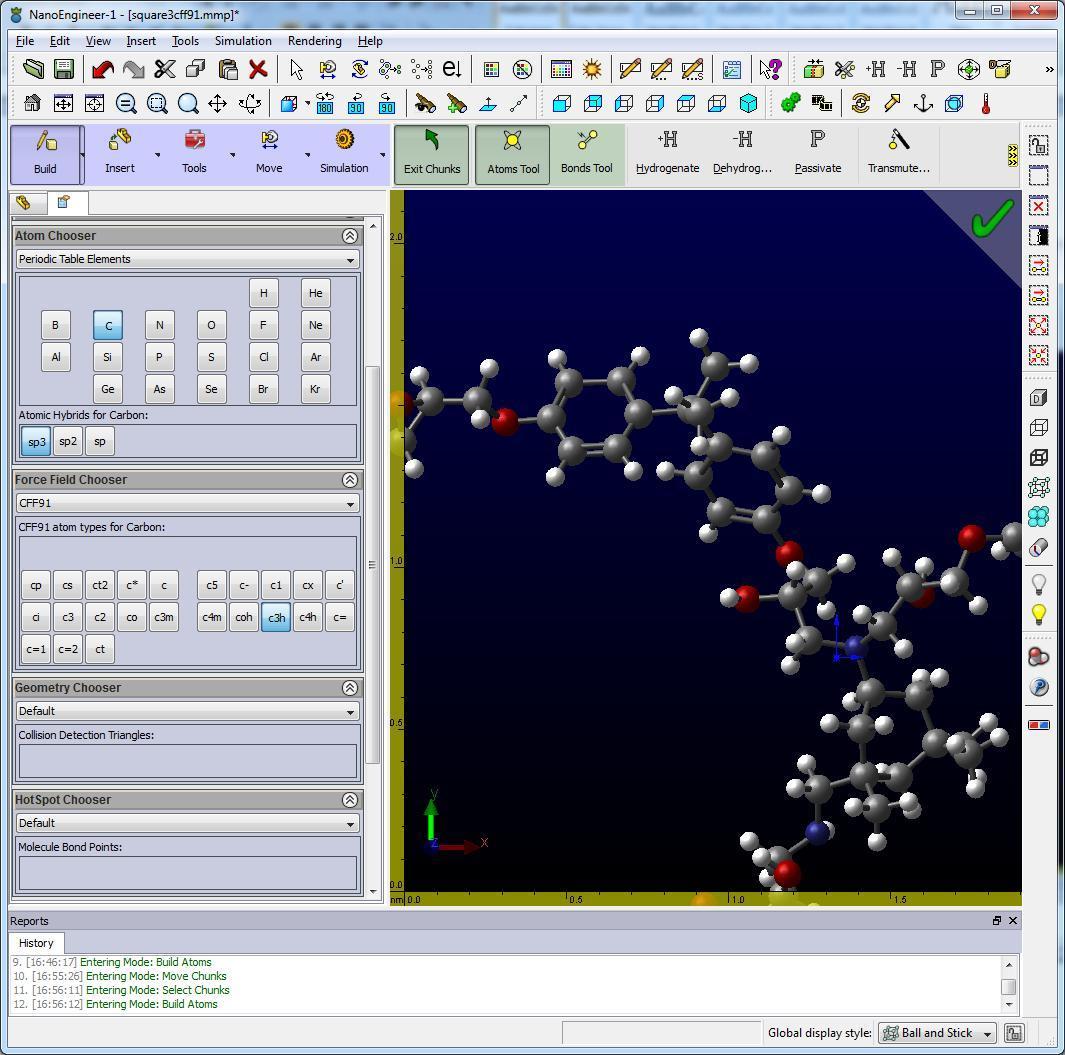 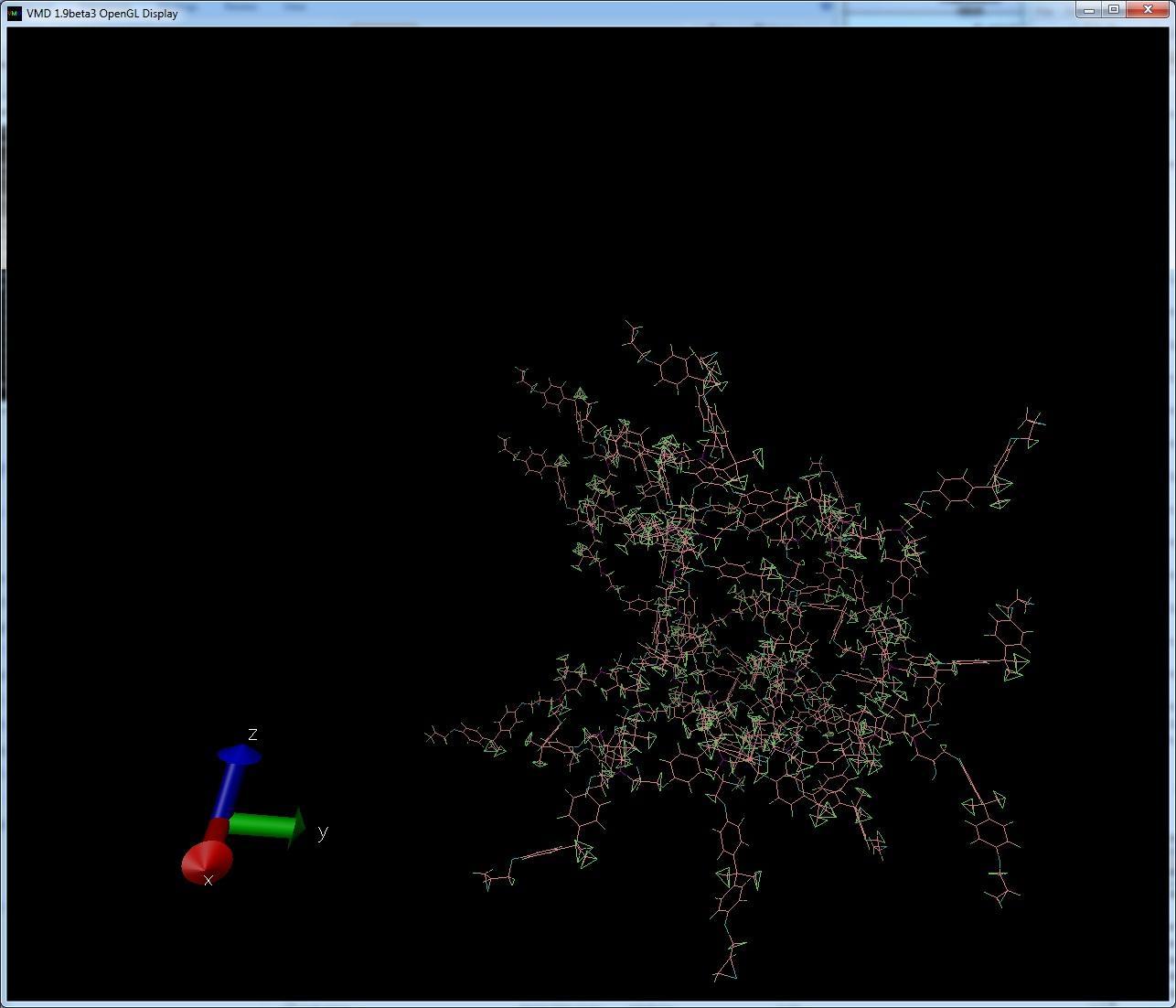 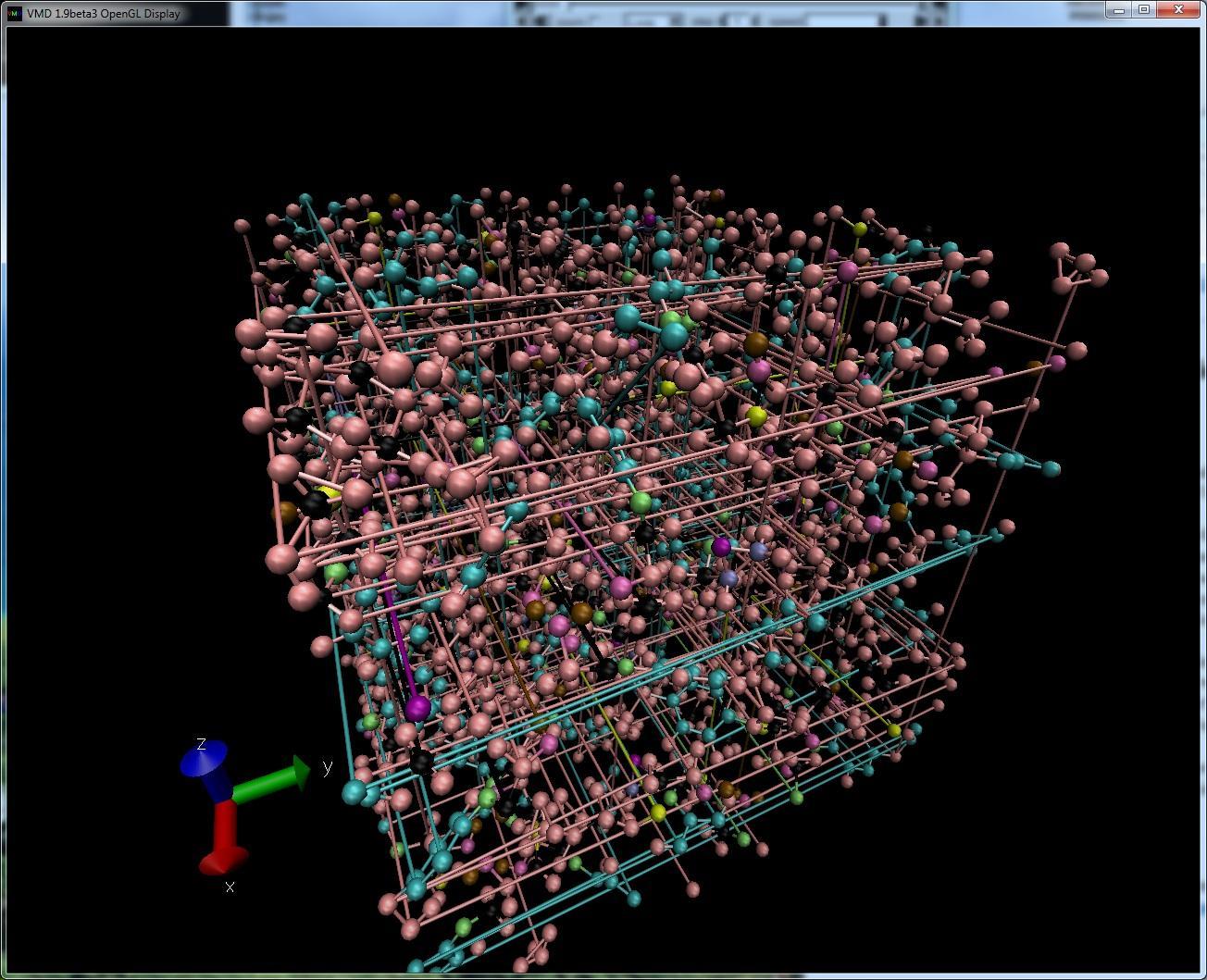 The following road map for MDS shows where MDS could go over time. If you are a  student or a non-student and are interested in working on this open source project please consider working on this project.


The above road map presents many computer science, science and engineering problems. Solutions have been found by many companies and exist in commercial software today. The value proposition to the student or a programmer interested in open source software is to create or add to an existing portfolio for review by prospective employers.